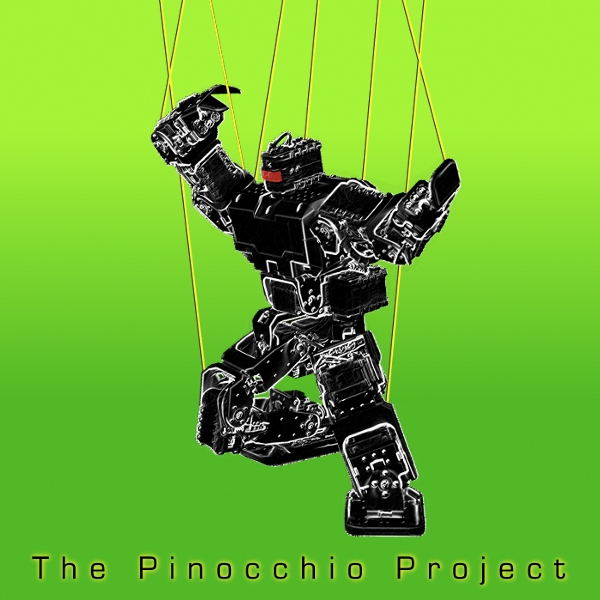 The Pinocchio Project (Original Soundtrack) is out and you can listen to it below.

Bret Carter needed theme music and scene-change music for his play, “The Pinocchio Project”. With a blend of orchestral, electronica, and robot pop, the songs retell the story of the play in an original way. You can listen to previews and buy the music on CDBaby.com, iTunes, and AmazonMp3. The album is cheapest on CDBaby. You can hear full-length versions of several of the songs on the Doctor Obvious Studios Facebook page.

The soundtrack for “The Pinocchio Project” mirrors the fundamental question of the play: Is technology our servant or our master? Even the names of most of the songs are tips of the hat to famous works of literature exploring technology, robotics, and society.

Constructed with a mix of orchestral, electronica, and robot pop, the songs create tension and a feeling of progression, often starting from simple and humble beginnings to end with sonic fireworks, or perhaps move back to a whisper. Traditional instruments are fused with synthetic ones to produce an interesting and dramatic result.

The song “False Maria” incorporates recordings from “The Conet Project”, which monitored shortwave radio spy transmissions with a haunting character.

The seeds for several of the songs (“Caves of Steel”, “Klaatu Barada Nikto”, and “Cascade Failure”) began as much as 10 years ago. Once the details of the play solidified the songs were refined and re-targeted. Several new pieces were created to capture the feeling of the play on a scene-by-scene basis. Whether it is the implied robots marching in the title track, or the sense of urgency of “Caves of Steel”, the tracks not only complement the play, but stand on their own telling a story and taking the listener someplace else, but also maybe revealing something about their home.